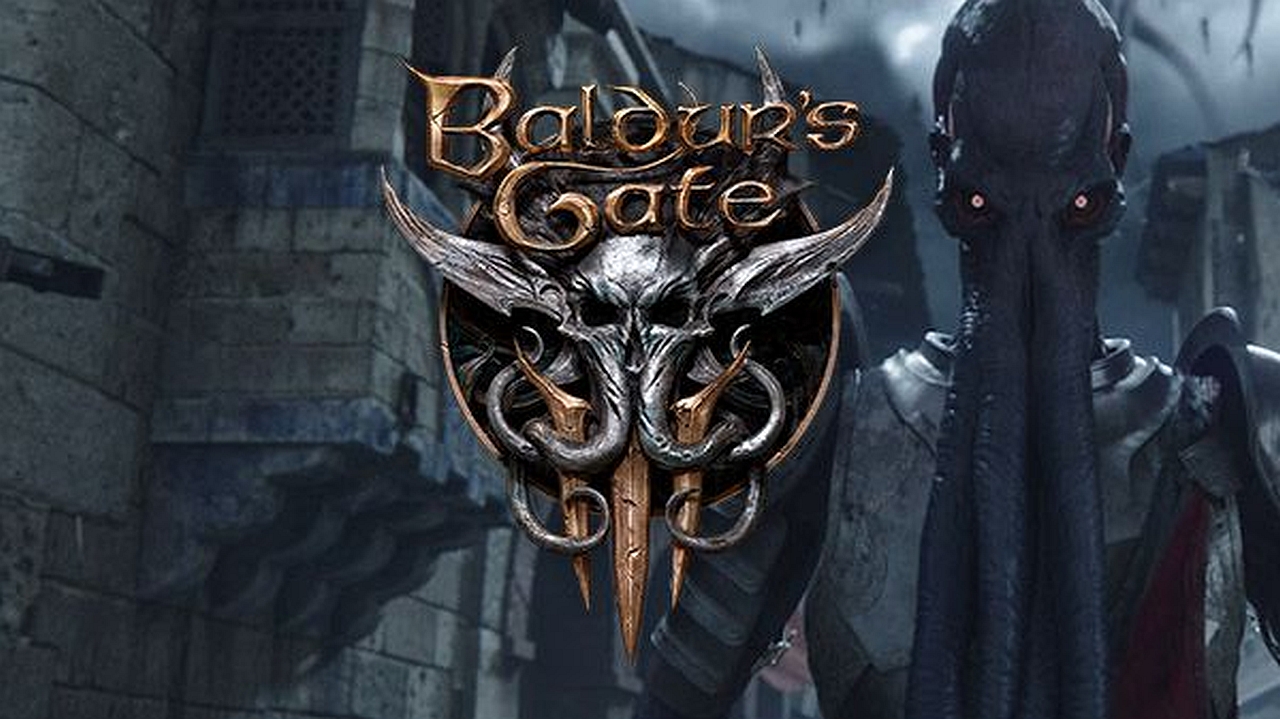 There are dragons pretty much right away. The dungeons may have to wait for a bit later, because some Cthulhu-esque monster is sticking a brain slug in my eye. No, it’s not a Ceti Eel, it’s a Mind Flayer’s parasite. And this is all part of the cinematic dragons-versus-a-giant-flying-airship cinematic opening of Baldur’s Gate 3, probably the most anticipated PC game of the year, now available as an Early Access game for $60 on both Steam and GoG for Windows and Mac, and streaming via Google Stadia.

Eventually the giant airship you’re a prisoner on crashes, and you escape mostly unscathed and get to go on a good old-fashioned quest, meeting up with other adventurers along the way, and hopefully get your brain slug removed before you turn into a Mind Flayer yourself.

Subscribe to CNET Now for the day’s most interesting reviews, news stories and videos.

The old-school lineage is strong here, dating back to the original Baldur’s Gate in 1998, based on the Dungeons & Dragons pen-and-paper RPG. It was followed by a 2000 sequel (Baldur’s Gate 2) and a handful of expansions and plenty of remakes and updated versions, like the 2013 Enhanced Edition, which remains one of best classic roleplaying games on iOS.

With quarantine-friendly RPG websites like Roll20.net, celeb-packed D&D livestreams and even a boost from its pivotal role in Stranger Things, it’s surprising to me that the official Dungeons & Dragons branding in Baldur’s Gate 3 is virtually nonexistent. If there was ever a time for the old-school D&D brand to get slapped on anything possible, it’s now. All that said, you don’t need to be a D&D fan, or even familiar with earlier Baldur’s Gate games, baldur’s gate 3 to get into BG3.

It does, however, help to be familiar with more modern offshoots, like the Divinity: Original Sin series, as I reported in my first impressions of the live gameplay from earlier this year (making it the last in-person game demo I attended, pre-COVID-19). That’s because this new Baldur’s Gate game was made by the same people who created one of our favorite games of the past several years, 2017’s Divinity: Original Sin 2. The minimal onboarding and tutorials in the early version we played presumes you’re at least passingly familiar with games where a team of heroes take turns triggering attacks.

That may be because the version of Baldur’s Gate 3 available starting Tuesday is not the finished game. It’s called “Early Access,” which is a term the Steam online game store and now many game-makers use to describe a work in progress that players are invited to pay for and play early. That means a lot may change about the game, it may have bugs and glitches, and it’s generally not expected to be fully polished.

For Day 1 of an early access game (I got to try it for a few days before the official Oct. 6 release), Baldur’s Gate 3 feels highly playable, and I didn’t encounter any game-stopping bugs. But it’s also rough around the edges in places. The camera has a tendency to get stuck on the environment or baldur’s gate zoom wildly. I found it surprisingly easy to misfire when attempting to line up actions for my characters, and many of the game’s internal systems for spells, combat and inventory management are unclear or inconsistent.

It’s also pretty hard from minute one. I got completely murdered in a few early encounters, despite being pretty adept at this style of game. For a game governed by behind-the-scenes dice rolls, I seemed to miss on a lot of 90-plus-percent chance-to-hit rolls. There are on-screen dice rolls, too, with a clever 20-sided die visual popping up for various tests. I seemed to miss almost all of those, too.

I asked my fellow CNET CRPG enthusiast Rich Brown to weigh in with his thoughts and will add those of David Katzmaier in a deeper dive later this week, including (hopefully) a foray into the game’s multiplayer features.

Read more: The best board games for 2020: Lord of the Rings, Mansions of Madness and more

Baldur’s Gate 2 is my favorite game of all time. Full stop. For the last 20 years, every time I checked a gaming news site, I clicked hoping to see an announcement for Baldur’s Gate 3. That’s a long time to build up a set of expectations.

I’ve put about six hours into a press build of Baldur’s Gate 3 Early Access. It’s too early to say if it will maintain the same level of quality for as many gameplay hours as its predecessor, but I’m happy to report that I’ve enjoyed what I’ve played up to now.

My favorite thing about the game so far is that it proves that, at minimum, Larian can bolt the trappings of Dungeons & Dragons onto Larian’s deeply enjoyable Divinity: Original Sin 2 engine and produce a game that’s fun to play. The maps I’ve explored so far, the inventory system and the interactive environments all feel familiar if you’ve played Larian’s last two games. This isn’t a bad thing. Divinity: Original Sin 1 and 2 are some of the best modern isometric CRPGs.

On top of Larian’s familiar elements, the D&D aspects are strong enough that Baldur’s Gate 3 Early Access feels unique. The 3D-rendered 20-sided die that shows up for certain skill checks is perhaps the most on-brand for Dungeons & Dragons, but without spoiling anything, Larian has taken D&D’s bottomless lore, and the unique gameplay mechanics of the character classes, and layered them on with a thickness that so far I’ve found satisfying. I say that both as a fan of the Baldur’s Gate franchise, and as a sometime player (really a forever DM) of the current Dungeons & Dragons fifth edition setting.

It’s the depth of the setting, with its various races and factions, its different urban, rural and downright alien environments, and the sheer history written into the lore of it all that make Dungeons & Dragons a compelling playground for me. The way Baldur’s Gate 2 embraced that expansive scope helped sustain my interest throughout the 200 hours I put into it. My short time with Baldur’s Gate 3 isn’t even enough to form a serious judgement about the Early Access version, let alone the final game that’s still at least a year away.

That said, I woke up at 3:30 this morning to make sure I’d get at least six hours in for this write-up, and I had no trouble getting up that early after getting my first taste with a few hours two nights ago. I’m looking forward to diving back in. If what I’ve seen so far represents how Larian will bring forth Dungeons & Dragons’ Faerun setting through the rest of Early Access and into the final game, I can easily imagine myself putting 200 hours into Baldur’s Gate 3.

Update: We’ve now made a first attempt to connect in multiplayer, with less-than-stellar results. The actual creating of a game lobby, via Steam, worked fine, but in the game, everything got stuck during our first attempt at combat, generally in the same spot, in the same way, across three attempts. As this is pitched as early access to a still-in-development game, it’s not inexcusable, but the multiplayer features should have an “out of order” sign plastered over them for now.

Tags: Baldur's gate walkthrough
Previous Post Learn Precisely How I Improved Car Insurance Ontario Due To Covid In 2 Days
Next Post What Ancient Greeks Knew About 카지노사이트 That You Still Don’t